Goal: Create a way to help students without connections to get experience in their field of interest.

What I did: Conducted independent research and design to create an MVP of a solution to a major problem in education and career development.

How long it took: 3 months.

Many students think they know what line of work they want to go into after school, but few have the opportunity to find out what a day in the life looks like for their interest. Even the students who do not know exactly what they want to do would benefit from connecting with someone who does what they think they are interested in, to gain insight into the reality of their idea.


Who are the users?

Two personas, one is a student who is eager to learn more about their field of interest and make some connections in the process, although they don't have a clear path to do so.

The other is a professional who's company encourages them to mentor and impact their community, they would like to help others in their field and learn more for themselves in the process.

After knowing the idea has value and I've identified the types of users, I figure out what the product actually needs from an architectural perspective. I know what kinds of actions I think the users would take, but I tried to keep the platform as simple as I could to prevent any errors or unclear directions. 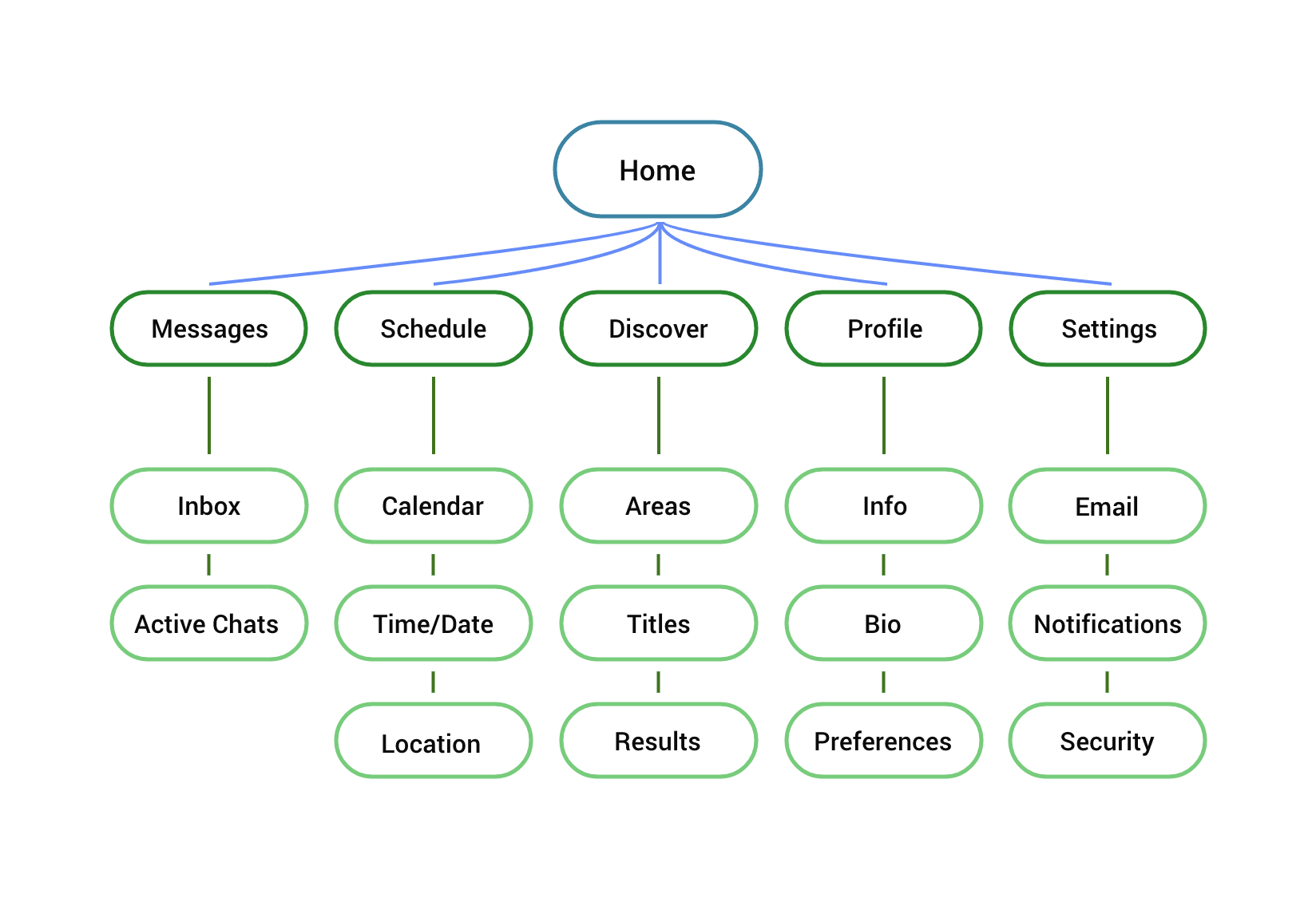 Sketching out the options

I then sketch out some ideas for both web and mobile of how the platform could look and work, trying to not go too deep into the weeds at this stage, but I usually end up focusing a lot on the details at this point as well.

After I've sketched out some ideas, I take the mobile patterns I've identified and digitize them for quicker iteration into the UI. The reason why I chose to move forward with mobile is due to competition in the market for web, but nothing for mobile yet. I figured the design can easier be amended to web if needed in the future if I start with mobile as well.

Finally I add color, more specific patterns, and more robust interactions for the prototype. The videos below show the flows for onboarding and some of the other main areas of the product.

• Shift the conversation from choosing a career purely based on money or status, to fulfillment and intellectual stimulation